5.3
‘Are riches truly your possession, or by their nature valuable?

5.4
Which of them in particular? Gold and money in abundance? But their sheen is more attractive when they are doled out rather than gathered in, * for avarice always breeds hatred, whereas generosity

5.5
brings men fair fame. Now none of us can retain what is passed on to another, so money becomes valuable only when bestowed on other by the practice of giving,
thus ceasing to be possessed.

5.6
Indeed, if all the money in the world were concentrated in the hands of a single person, the rest would be rendered penniless. The human voice can fill the ears of many at once without diminution, but men’s riches cannot pass to more than one unless they are fragmented; and when that happens, they must

5.7
impoverish those who relinquish them. So how restrictive and poverty-stricken are these riches, which cannot be possessed in their entirety by the many, and which do not pass to any single person without leaving the rest in want?

5.8
‘ Or is it the sparkle of jewels that attracts men’s eyes? Yet if their brilliance is something out of the ordinary, their brightness is the property of the jewels, not of the men who own them. Indeed I am utterly astonished that men admire them, for can anything

5.9
justifiably, appear beautiful to a rational nature endowed with life, if it lacks the movement and physical frame of a living creature?

5.10
Admittedly jewels can claim a measure of beauty at the lowest level, as being the work of the Creator with this own distincive quality, but they rank below human excellence, and should in no way deserve the admiration of men.

5.15
…THERE IS NO POINT IN SEEKING ABUNDANCE FROM FORTUNE.

5.16
NATURE IS CONTENT WITH FEW POSSESSIONS, AND THE HUMBLEST; SHOULD YOU SEEK TO OVERLOAD HER SUFFICIENCY WITH SUPERFLUITIES, THE ADDITION WILL BECOME DISTASTEFUL OR HARMFUL.

Men playing with a dangerous animal

From Liveleak with all it’s comments, I present:  Bull’s First Assault!  A knock out?

It looks as if the bull inserted his horn/or horns into the man’s torso.

Warning…do not click on the link if you are against bull fighting or seeing some idiots playing toreador in what looks like a town’s center or square.

END_OF_DOCUMENT_TOKEN_TO_BE_REPLACED

Interesting is what you can find by accident.

From the Imagine Museum to the Holocaust Museum to a a title of a book Alicia My Story to the Devil in the Grove to Olive Grove a two-month-old girl and to Epiphany a kitten, so named  by Joseph and his son Titan who I met as I walked towards the Epiphany celebration in Tarpon Springs, to the #MeToo movement.

On page 50 of Gilbert King’s, Devil in the Grove, Thurgood Marshall the Groveland Boys, and the Dawn of  a New America “… A thoroughgoing study of one of the most important civil rights cases argued by Thurgood Marshall in dimantling Jim Crow strictures…Deeeply reserched and superbly composed.” —Kirkus Reviews (starred review)—

In December 1940, Eleanor Strubing, a thirty-two-year-old housewife, socialite, and former fashion model from Greenwich, Connecticut, claimed that her Negro butler and chauffeur, Joseph Spell, had kidnapped her, written a ramson note, tied her  up, then raped four times before dragging her to a car and driving to Kensico Reservoir, in adjacent West Chester County/ New York where he’d thrown her off a bridge into the wate and then pelted her with rocks.  The newspaper coverage was predictably sensational.  The front page of hte New York Daily News featured a pictue of Strubing in a bathing suit adjacent ot a phot of Spell, arranged so the the brooding butler appeard t be staring staight at the vulnerable socialite.  The provocative story led to rumores that “panic-stricken Westchester families were firing their black servant,”

Instead of finding  the front cover on microfilm of the December 1940 New York Daily News, I found:

The 2018 Academy Award nominations have been announced, and among those films passed over was Marshall, the film biography of Thurgood Marshall, the first African-American Justice of the US Supreme Court.

The film, as we have previously noted, suffered from its one-sided portrayal of the career of its protagonist, but despite this weakness, its subject matter was significant and worth considering. It focused on a landmark criminal case in a Northern courtroom, in the period just before US entry into the Second World War.

In winning acquittal for a black defendant, Joseph Spell, accused of raping his white employer, Marshall and his co-counsel, Sam Friedman, struck an important blow for civil rights and liberties, against racial discrimination in the legal system. Marshall had been sent to Connecticut by the National Association for the Advancement of Colored People (NAACP) to assist Friedman, who was admitted to the Connecticut bar.

Read more if you wish:

Most frustrating to Marshall was the fact that the NAACP did not have suffiecient funds to provide legal assistance; also, many of the rape cases simply did not fit the criteria that Marshall himself had defined for LDF (Legal Defense Fund). Outraged by the inhumanity of whites who abused their power or authority, and moved deeply by the suffering of their poor black victims.  Marshall could only apologize that he and the organization could not do more, in the affectively written letters he sent to regional NAACP personnel, as well as to the families of raped, beaten , and sometimes murdered adolescent girls.

Happy is the man who finds his grave.

Yesterday while enjoying a mini Greek Salad with a side of Grilled Chicken and a car show in a small town in Florida, the revelry of seeing people walking by Toula’s was broken as I was finishing my meal.  I heard two quick shots, within one second of each other.  I stayed seated waiting to see the reaction of the crowd.  They had frozen in place  as if waiting for instructions from someone to flee.  Those working the diner had all stepped to the door to look towards the right, where they thought the noise was from a car that had backfired.

I kept my Canon with the 100mm lens ready to see who would come running by.  I saw a tall man running away from the noise, later two more ran towards the noise.  The woman trailing the faster man.

I continued eating and drinking my water, till I saw Michele by the plate glass window trying to see the commotion to the right of Toulas.  I asked her if she had purchased the T-shirts she had so much admired while we ate lunch.  She had placed an order with the lady I have always associated as being Toula.

I told Michele I was going to see who had died. The crowd was amassed on the four corners of a busy main street and the Pinellas Trail.  Yellow, “police do not cross”  tape was being placed by an officer.  The man who was the emcee of the car show was trying to shame the people from taking film of a dead man being given CPR by two policemen.  I debated two seconds to see if I should take a few pictures of this scene.

Living in New York City, I had never encountered a dead man lying in the street.  I had however seen one in South America as I was being driven higher in altitude, towards the cool mountain air in Cali, Colombia.  This man was so dead, no one was giving him CPR.  Unlike this incident in Tarpon Springs, no one was filming and no one was hanging around waiting for the policemen to arrive.

That day I also had a camera in hand, but the shock of seeing someone dead while driving by interfered with my role as an observer with a camera.

You may read about the developing facts of this shooting in the Sunday May 7, 2017 edition of the Tampa Bay Times.

Why the title of this entry?  Happy is the man who finds his grave.©May 7, 2017  I don’t know why this thought or title has been resonating in my mind.  I think I heard it while taking a shower listening to my Ipod, and if not, then it’s going to become the title of my book after I finish the first one titled My Mango ©1968

Going to the Faire in Connecticut?

Think of dark and dangerous things.

See them at the http://robinhoodsfaire.com/ 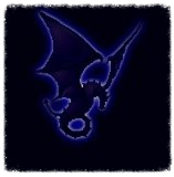