February 19, 2019/nycnyc
Warning do not click on the links and expect to see beauty.

Disgraced former Congressman Anthony Weiner has been released from federal prison after being convicted of having illicit online contact with a 15-year-old girl in 2017. The Federal Bureau of Prisons website shows the 54-year-old New York Democrat is currently in the custody of its Residential Re-entry Management office in Brooklyn,N.Y. Weiner, who began serving his sentence in November 2017, will have to register as a sex-offender and spend three years on supervised release under the terms of his sentence. It was disclosed during the investigation that he sent explicit photos to dozens of women under the alias ‘Carlos Danger.’

Moorbey’z Blog article by Dave Koch from : http://theblacklistpub.ning.com/. My response:

Everyone deserves a first chance, a second,third, fourth, fifth, sixth, seventh,…,an… x’th chance. I understand people enjoy helping other succeed.  I’m no different in that I find happiness seeing others overcoming hardships.

But when it comes to politicians, corporate leaders, and those whose trust we place in them; I don’t believe they deserve any more chances.

But in the good old US of A, corporate positions are traded just like priests were being traded around our communities to prey on the “innocent.”  The woman running on the Republican side of the 2016 election for President of the United States of America is one of these rejects who always finds a job in Corporate America.

Who is at the helm of queens county?  I know what she will answer in her high pitched voice.

A Spanish mayoral candidate stripped nude for a campaign poster as part of her bid for mayor of Portugalete, a small town in northern Spain, west of Bilbao.

“politicians have left us stark naked.”

A picture is worth a thousand words!

Sent from my dumB iPad

Is this the reason why the United States of America is so belligerent?

Is this the reason why the United States of America is so belligerent?

Here we have a “former Marine” a “semper fidelis marine” threatening a man who is obviously smaller and weaker. This elected official of the U.S. of A., from the borough of Staten Island thinks he’s man enough because he can throw the reporter over the “fucking balcony.”

Here in a microcosm is the United States of America vs. any nation in the world. You’re either with us or against us. Don’t threaten us because we will throw you over the fucking balcony and break you in half like a boy.

What charges will be brought up against this Congressman who hasn’t yet shown us his penis? Rep. Grimm Threatens NY1 Reporter Following State of the Union http://shar.es/USbZh via @sharethis

“I verbally took the reporter to task and told him off, because I expect a certain level of professionalism and respect, especially when I go out of my way to do that reporter a favor. I doubt that I am the first Member of Congress to tell off a reporter, and I am sure I won’t be the last.” these are the words of a Republican, former FBI Undercover Agent, and a Marine Rep. Michael Grimm the only Republican Congressman living in Staten Island.

This Congressman expects professionalism and respect but all he offers for doing a favor is threatening behavior.  Will the reporter file charges?  Unfortunately all NY 1 demands is an APOLOGY.

Trey Radel Did Not Pose nor Post a Penis

Trey Radel a new US Congressman has confessed to using cocaine.  All is forgiven.  He will not go to rehab with other stars.  Have fun congressman.  Now we know why ObamaCare is still not up and running.  What else have these Congressmen been snorting?  Is he covered by ObamaCare?

So now we have Obama apologizing for his failure to deliver on his promises (lies), and we have the first Congressman to come out of the closet with his white powdered nose bent out of shape by his dealer who ratted him out to receive a lenient sentence.

It’s about time that the dealer and user receive the same punishment.  If this violation of trust happened in another culture…what would be the outcome?

You Might Perhaps Be Wondering Where I’ve Been Since

my last post or perhaps you haven’t noticed my absence.  Just in case you were wondering I ‘ll give you a quick update of what I’ve been up to.  I’ll start with the trip to Texas that included a high school playoff game between Southlake Carroll and Dallas Skyline High School.  A game that turned around in the final 2 minutes and 7 seconds with a victory for Southlake Carroll.

I had planned to stay till the following Saturday to see the final game being played at Cowboys Stadium in Arlington, Texas but I had to return to New York on Thursday.

I spent some time trying to fix a problem with the Honda Accord.  I’m still not convinced that I didn’t purchase a lemon from the Honda Corporation.

On Saturday I could have traveled to Texas, but I was really too tired to fly 4 hours.  I was going to settle in and watch it on cable.  But alas, this year the game wasn’t being transmitted on Time Warner Cable in New York.

After looking for a while online and with an assist from Twitter, I found  an internet radio station from Houston, TX that was doing the play-by-play live.  They were rooting for the team from Fort Bend and that made it more interesting to me.  Needless to say the quarterback  lead the Dragons to a 36-29 victory over Fort Bend Hightower that Saturday in the Class 5A Division I championship at Cowboys Stadium.

Like almost everyone else I went to work on Tuesday.  There’s nothing interesting to tell about my work that week.  Maybe one day I’ll relate a good story about my work life.

Oh, I forgot to tell you about the trip to Harlem where I met my friends from Denmark and Germany, to eat soul food at Amy Ruth’s and then a quick bus ride to 125th to visit the Lenox Lounge, a historic Jazz Club to have some drinks.  One of the waitresses confused me with one of the performers when I asked her for the key.  She had seen me in the Zebra Room walking around and assumed I was a jazz artist asking for the keys to the dressing room.  All I wanted was the keys to the bathroom.  She told me to use the ladies since it was empty but I told her I didn’t want to mess it up for the ladies.   “Are you kidding?”  she said.   “The lady’s room is messier than the men’s room at all times,”  she continued.   “Really?” I replied incredulously.  I guess their aim isn’t as good as the men’s. 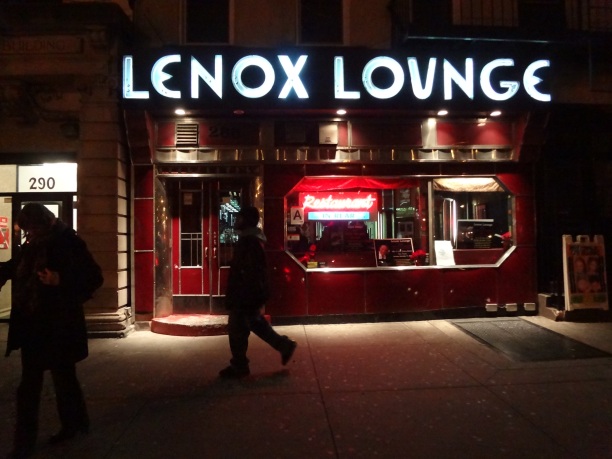 Today, I have been in New York for 3 hours since my trip back from visiting paradise.  I had my hair cut by the first chair barber who still uses a blade to shave the back of the neck.  My hair had grown so much since the last haircut in Forest Hills, NY that waitresses were confusing me for an artist.  I do play the trumpet but not anymore in any band. 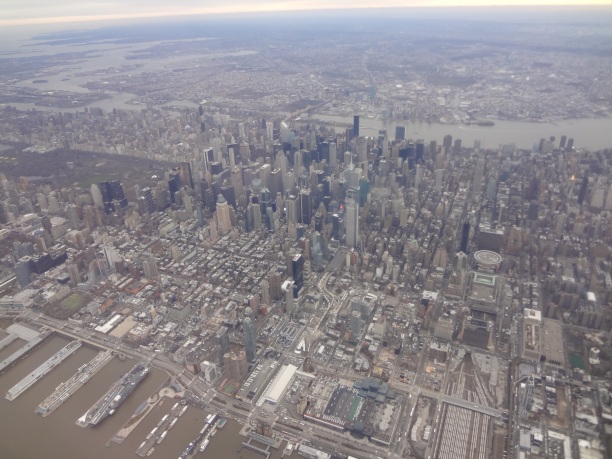 These are the best months to visit this state.  Florida is so nice when the temperatures are in the 70’s and 80’s. 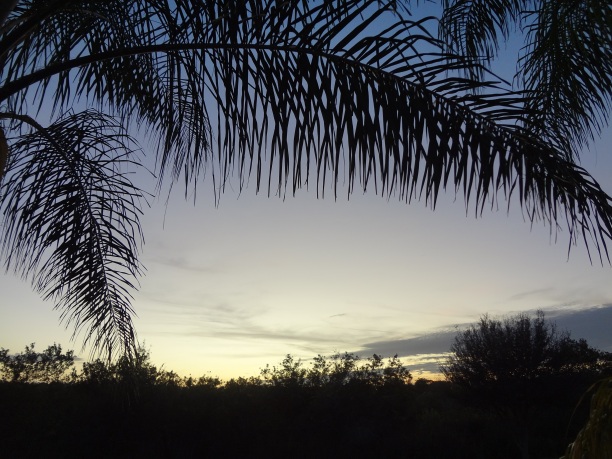 Tomorrow I have an appointment with Hillside Honda where they will tell me nothing is wrong with the car.  They will tell me to drive this lemon more often so that it doesn’t die.  I’ve never owned a vehicle that has had that many battery replacements.  While I kill time writing this, I have been watching Milla Jovaovich in UltraViolet, The Blood War is On, (Unrated Extended Cut).  Right now I have paused the movie because I haven’t been paying too much attention to it while I talk to you.

Oh, I’ve been meaning to ask why do so many people still find Anthony Weiner’s penis and Lady Gaga’s nipples so interesting.  That seems to be the post that has generated the most views in 2011.  Perhaps if I started to post celebrities in distress or undress might this website/blog go viral?

O.K. so much for this diatribe, I will return later with a re-blog of a funny post I found in Tumblr.  I know I’ve seen this one before but I haven’t ever posted it online for my guests to see.

Now I will pay more attention to Torrey, a tuxedo who keeps interrupting this post.  He’s back again.