Chastised by the top US aviation regulator, Boeing on Thursday at last acknowledged that its MAX aircraft will not return to the skies until next year.

Steve Dickson, head of the Federal Aviation Administration, met Thursday with Boeing chief Dennis Muilenburg to express concerns the company is rushing to get the jets back in the air, the agency said.

The FAA has stressed it wants a thorough review of the 737 MAX, which has been grounded worldwide since March following two fatal crashes.

Boeing CEO Dennis Muilenburg  (had) predicted at least one of the world’s aviation safety authorities will lift grounding orders by the end of the year.

Not true! An exaggeration by management.

* Reliability and security of design an issue

BEIJING, Dec 12 (Reuters) – China’s aviation regulator raised “important concerns” with Boeing Co on the reliability and security of design changes to the grounded 737 MAX, it said on Thursday, but declined to comment on when the plane might fly again in China.

China is reviewing the airworthiness of the plane based on proposed changes to software and flight control systems according to a bilateral agreement with the United States, Civil Aviation Administration of China (CAAC) spokesman Liu Luxu told reporters at a monthly briefing.

He reiterated that for the plane to resume flights in China, it needed to be re-certified, pilots needed comprehensive and effective training to restore confidence in the model and the causes of two crashes that killed 346 people needed to be investigated with effective measures put in place to prevent another one.

China was the first country to ground the 737 MAX after the second crash in Ethiopia in March and had set up a task force to review design changes to the aircraft that Boeing had submitted.

The U.S. Federal Aviation Administration (FAA) will not allow the 737 MAX to resume flying before the end of 2019, its chief, Steve Dickson, said on Wednesday.

Once the FAA approves the reintroduction into service, the 737 MAX can operate in the United States, but individual regulators could keep the planes grounded in other countries until they complete their own reviews.

“Due to the trade war, the jury is still out on when China would reintroduce the aircraft,” said Rob Morris, Global Head of Consultancy at Ascend by Cirium.

Chinese airlines had 97 737 MAX jets in operation before the global grounding, the most of any country, according to Cirium Fleets Analyzer. (Reporting by Stella Qiu in Beijing and Jamie Freed in Sydney; Editing by Clarence Fernandez)

You watch TV and your TV watches back
BY GEOFFREY A. FOWLER

Wrapped in a Snuggie, I like to binge on reruns of The Golden Girls all by myself. Except I’m not really alone.

Once every few minutes, my television beams out a report about what’s on my screen to Samsung, the company that made it. Chances are, your TV is watching you, too, through a few nosy pixels on the screen.

Ever wondered why TV sets are getting so cheap? Manufacturing efficiency plays a role. But to paraphrase James Carville, it’s the data, stupid. TVs have joined the ranks of websites, apps and credit cards in the lucrative business of harvesting and sharing your information. Americans spend an average of 3 ½ hours in front of a TV each day, according to eMarketer. Your TV records may not contain sensitive search queries or financial data, but that history is a window to your interests, personality, joys and embarrassments.

They’re grabbing it because, legally speaking, tens of millions of us gave our permission.

END_OF_DOCUMENT_TOKEN_TO_BE_REPLACED

For a few hundred dollars, tools and some elbow grease, you can make your own rifle or handgun. It’s all perfectly legal – and it can be done without leaving anything behind for the government to trace.

These ‘ghost guns’ have long been popular among hobbyists or gun enthusiasts. But gun control advocates say they are increasingly popping up in crimes, used by people who are prohibited from buying a firearm and are trying to circumvent a background check.

END_OF_DOCUMENT_TOKEN_TO_BE_REPLACED

So why are humorist Tom Lehrer’s lyrics on the previous post?

The other “father” of the space program in the United States of America, a man from Germany, Wernher von Braun, “made what amounted to a Faustian bargain for the advance of rocketry,” by joining the Nazi Party and becoming an SS officer!

He claimed he had no choice, arguing that the Gestapo kept a close eye on him, watching him for signs of disloyalty.

However, some of his “contemporaries did manage to resist the fascist regime, often perpetrating small, undramatic acts of slowdown, sabotage, or resistance.”

The Peenemünde team of engineers, lead by Wernher von Braun, “were Hitler loyalists who looked forward to the day when Aryan Germans would have the promised Lebensrum (room to live) granted by conquest of Europe.”

Von Braun later claimed he was “merely an earnest enginner who put his craft above all else.”

“This excuse didn’t  prevent him from enjoying his wartime position or being fêted by the Third Reich’s rich and powerful.”

“Von Braun, a colonel in the SS, was deeply complicit in the war crimes at the Mittelwerk and Dora facility” that “was carved inside Kohnstein Mountain, near Nordhausen in the Harz Mountains.  Using concentration camp slave labor, they transformed a tunnel complex into a facilty that could produce thousands of V-2s.

Arthur Rudolph, a close colleague of von Braun and chief operations officer at the Mittelwerk V-2 production facility,  oversaw the slave labor. He was an ardent Nazi and anti-Semite.  Nevertheless he was quietly accepted into the United Sates and granted citizenship in the mid-1950s.  Keeping a low profile at Fort Bliss, working in secrecy, he immediately began making contributions to the American rocket program, as did ex-Peenemünder Kurt Debus.  Hubertus Strughold, another beneficiary of Operation Paperclip,     was a physician who had been the director of the Luftwaffe Institute of Aviation Medicine during the Nazi  era was given a a similar job heading the new Air Force of Aviation Medicine, in West Texas.

[Operation Paperclip: a paperclip was placed on the files of those Nazis chosen to work as rocket engineers in the United States of America.]

As Strughold settled in America, quite a liberty to enjoy the privileges of democracy, his former colleagues were facing trial at Nuremberg for war crimes he’d known about.”

Warning! Do not read if sensitive to acts of torture.

In one experiment, Jewish inmates were forced to squat in a chamber as the pressure insde the chamber was altered in a matter of seconds, simulating a depressurized airplane dropping from high altitude.  The doctors watched as the prisoners died or permanently lost their minds.

Okay to continue reading after this period.

“It seems to be a law of nature that all novel technical inventions that have a future for civilian use start out as weapons.”

Rocketry entered a new dangerous territory with the development of the first intercontinental ballistic missiles, and Werner von Braun, once again did the sensible thing to lie low and develop his ballistic missiles in Fort Bliss—White Sands for U.S. Army purposes while keeping the moon and beyond in his dreams.

Did he ever think about the pain inflicted to all those who died, or survived, or who were harmed severely by the manufacturing and use in acts of war, by the V-2 rockets he engineered? 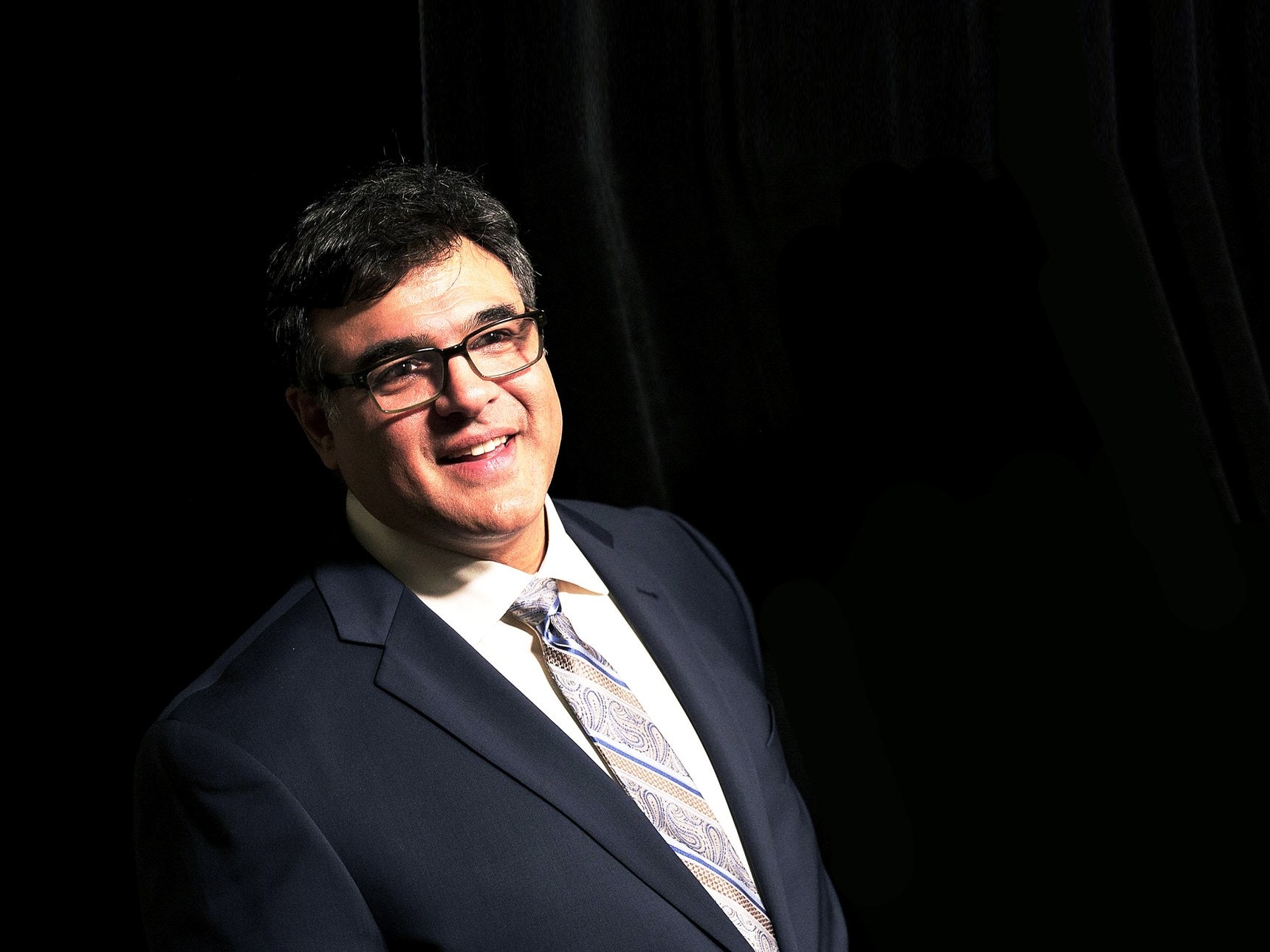 A former CIA agent who said too much about the Bush-era torture program, he’s also the first CIA leaker to go to jail for his trouble. Kiriakou served just under two years in federal prison, though before the Department of Justice offered a plea deal, it seemed more likely he’d serve as many as 45. END_OF_DOCUMENT_TOKEN_TO_BE_REPLACED

The artifacts are for one of the British Museum’s upcoming fall exhibitions, Beyond El Dorado: Power and Gold in Ancient Colombia.

American worked with specialist art movement logistics company Momart to handle and transport the precious cargo from Bogotá, Colombia, to London. Modified packing cases with the latest monitoring technology were specially created to ensure the objects arrived at the museum in perfect condition.

Raid on the Sun by Roger W. Claire

What are the odds that Israel will  put its foot down and prevent the Iranian nation from continuing to develop their nuclear program?  They were able to accomplish that feat against Iraq.  Does Israel have another option?  The Israelis will have to handle the Iranian nuclear problem.  My hope is that this does not start the  third World War.